UPDATE:  Tobias has been found, and is safe and home. 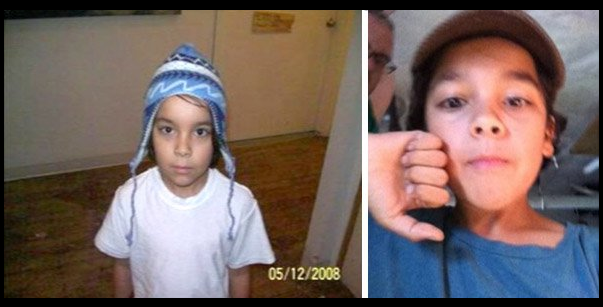 The Boston Police Department is seeking the public’s assistance in their efforts to locate Tobias Chance, a 10 year-old male, who went missing this morning, Thursday, March 31, 2011. According to his parents, Tobias ran away at about 7:30am. Tobias was last seen leaving the family home in the area of 33 Alveston Street in Jamaica Plain. Tobias has…

A large 12.5 acres of undeveloped woodlands on Hellenic Hill which overlooks Jamaica Pond was put on sale in January 2011. The big money pressures will be immense to maximize the development of these lands. We respectfully support the conservation and preservation of…

Policies and Guidelines: What you can and cannot do on NFN

Every couple of months we remind everyone what you can and cannot do on NFN. Here is an updated version of our Policies and Guidelines. You can always refer to them here.

We add dates next to items that are new or change so you can track the document.

Looking out for each other, theft from a local business

Last night someone saw fit to steal one of the large ceramic planters from in front of Vee Vee restaurant. This planter was quite heavy and it was a bit of a project to take it, but take it they did, after dumping out the dirt on the sidewalk. It must have taken a while, and it's highly unlikely that no one witnessed this. We don't expect to ever see it again, obviously, but what I'd like to ask of you is this: if you're out and about and see something funny going on,…

Pictures of the Red Tail Hawk in Jamaica Plain, MA

Check out these two awesome pictures of the (Bald Eagle) Red Tail Hawk taken the other day along the road where the old Kelley rink was (Willow Pond Road). Props to neighbor John O'Brien for sharing the pictures with us. Like birds? Join John's …

Suggestion for a Bird Feeder

I want to set up a couple of bird feeders in my yard and wonder what to look for to encourage indigenous and/or no invasive birds. any suggestions

A group for casual, occasional through serious birders in Jamaica Plain.

Hope to record unusual sightings, maybe even post photos. Anything from backyard feeder visitors to what you see on the emerald necklace.

Enjoy the Meat and Bones

We are all about convenience ... aren't we?  Wouldn't you rather have boneless chicken?  (You can even buy boneless chicken wings.)  And, how about fish - do you want to pick through all those bones?  We want all the "meat" without the "bones."  But, life doesn't really work that way.  Chickens need bones to stand up, and fish need bones to support… Continue

Anybody use Relay Rides?

Hello Neighbors -- I'm considering using Relay Rides to share my car. Has anybody had experience with them? Also, all things considered, I would probably rather have a direct relationship with someone in the neighborhood who needs a car from time to time. Send a message to my Inbox -- Pam Kristan -- and let's talk.  Warm regards, Pam

Network consolidation and the future of Neighbors for Neighbors

Dear neighbors, we've been working on this plan for the last 8 months and I'm pumped and relieved to finally be sharing it with you. Here goes...

Why we are consolidating our 18 neighborhood social networks:

How to control email, messages, and group notification settings

There are many types of notifications that allow you to receive emails about new activity on Neighbors for Neighbors. You can receive email notifications when you have new private messages, new friend requests, when Administrators send broadcast messages, and when your content is being featured or when a new member joins a group you are a member of. You can control which message you wish to received…

Results from the Neighbors for Neighbors February 2011 Network Evaluation

Here are the results of the Neighbors for Neighbors February 2011 Network Evaluation. The evaluation was generously and voluntarily lead and prepared by our neighbor Anna Sandoval. Anna, thank you so much for the weeks of work and all your help. You rock neighbor!

Kindly review and leave your thoughts as comments below.

Please contact me at krobidoux@jpndc.org or 522-2424 w/ any questions about the construction.

As part of the Jackson Square Redevelopment Initiative, the infrastructure improvement work will continue this spring. Work will be done at the intersection of Lamartine and Centre Streets that will include portions of the SW…

Early this morning around 3:03AM, officers from District E-13 (Jamaica Plain) arrested suspect, Brett G. Callahan, 20 of Charlestown and charged him with Breaking and Entering in the Night with Intent to Commit a Felony, and Possession of Burglarious Tools.

Officers initially responded to 362 Centre St.  as a result of a commercial alarm going off.  Officers arrived on scene and almost immediately detected noise coming from the…

As a resident of Central Jamaica Plain, I was curious for myself what is currently out there on the condo market.  Central JP is, in my opinion, one of the most awesome places to live in the world.  Its people are diverse and friendly, the neighborhood features many colorful homes and tasty restaurants (note new addition Canary Square), it has easy access to the train, and of course has the always fun Beecher Street dog…

If you care about the environment, and also have a bathroom that needs some sprucing up, here is how to do some updating with minimal impact to the planet, as well as your budget.  The recent rise in "green" awareness has given rise to numerous eco-responsible products and resources that allow you to build the water conserving, energy-smart bath you've been longing for...  without going totally over budget.  Here are the details.

Around 2:00pm, on Wednesday, March 16, 2011, officers from Area E-13 (Jamaica Plain), members of the BPD’s Licensing Unit, Hazmat Team, as well as, the City’s Inspectional Services Department (ISD) responded 3575 Washington Street (Boston Best Auto) to conduct an environmental inspection of the business located at the aforementioned address. Officers had received numerous complaints from residents alleging that the business had been selling cars out of the location. Moreover, many…

Momentum growing for a JP for All!!

I wanted to post another update as we come close to finishing our second week up and running.

Since launching on March 7th we have collected 396 signatures on the JPforAll online petition.  252 are from the City of Boston of which 227 are from JP!!!  We have another 93 people who are anonymous to me, but the percentages indicate that a clear majority of those are City of Boston residents too. We now have 112 Facebook fans and have a Twitter account with 44 followers.  Great…