Community Servings @ Wake Up The Earth

Come by and visit! I'll be there all day. I'll have info on our CSA and CSF (community supported fishery initiative); about our Farmers' Market -- and about all our programs! Hope to see you tomorrow.

Fitness and Feast for Haiti Fundraiser!!!

$10 donation, all proceeds go to Partners in Health to aide in the Haiti earthquake relief effort.

Wake Up the Earth Festival
Saturday May 1, 2010
(Rain date Sunday May…
Continue

Greenwalks May Outing: Houghton Pond at the Blue Hills! 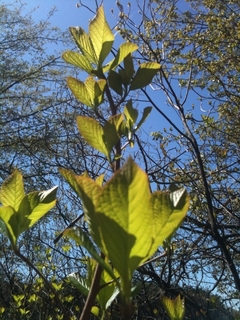 Hello All. We may feel safe in JP for now, but the more we can overwhelm our law makers and library leaders now, the less work we'll have to do next year to save JP again. Please stay with the fight and here's an update as to what's going on.

Gateway to the Arborway - Next DCR Partnership Matching Funds Grant -


Extend the fence along the Arborway – it’s only half done! When the fence is complete, new tree and shrub planting can begin!This will also help to stop the crossover traffic, tree loss
and other damage.

Dispatches From Mexico: John Ross and the Journey Through Mexico

Author and activist John Ross has spent many years traveling and chronicling struggles for human rights in Mexico. He has written ten books of fiction and non-fiction. His latest volume “El Monstruo – Dread & Redemption in Mexico City”, a street-level peoples’ history of the most polluted, overcrowded, corrupt and crime-ridden… Continue

Hey all! Anyone know if there's a moratorium on street cleaning tomorrow?
Thx.

Shooting 4/13 8pm on Bolyston near Dalrymple

Last night there was a shooting on Bolyston Street just past Dalrymple (a few streets before the intersection with Amory, right behind the brewery.) Around 8pm, a male on a BMC bicycle pedaled past Dalrymple and opened fire, firing off 4 shots in total. It hasn't been on the news or Boston.com. Does anyone know anything further about this?

On Sunday, April 3, 2010, detectives from District E-5 (West Roxbury) responded to the Brookline Police Department as part of a joint effort to interview two male suspects who had just been arrested for breaking and entering into a motor vehicle and receiving stolen property.

Pursuant to the investigation, detectives from Brookline and Boston were able to determine that the two suspects that had been arrested were responsible for at least twenty-six different breaking and entering…

Speaker: Fred Pearce, author of When the Rivers Run Dry

For more than two centuries there has been mounting concern that rapidly growing populations are putting an unsustainable strain on the Earth’s resources. However, much has been misunderstood about the current rate of population growth and its effect on the environment. Though the global… Continue

please call the mayors hotline at 617-635-4500 and let them know!!!!! make your voices heard. change only happens when lots of people speak up ALL THE TIME.

At about 9:03am, on Sunday, April 11, 2010, officers from Area E-13 (Jamaica Plain) located and arrested the individual wanted in connection with a shooting in the area of English High School on March 26, 2010. On that day, officers responded to the area of… Continue

Are you trading your time rather than your money? If so, I'd love to hear about it. Working on a video story about the group and looking to include JP members who have traded their time. Please drop me a line if you'd like to tell about your experiences.

This is a press release from the BPL, following the April 7 Meeting of the Trustees. Note that the title of the press release fails to mention that 4 will CLOSE. The trustees will vote tomorrow on the FY2011 budget, most likely following the recommendation of the BPL president, Amy Ryan.

In this the Connolly and the JP Branch buildings will stay open with the existing hours. Not so for the Faneuil, Lower Mills, Orient Heights, and Washington… Continue

The City will provide tools, trash bags, and trash pick up to anyone willing to…