Check out the full story of the South St. Mall renovations at The JPVoice. www.thejpvoice.com

Peter Drucker, a famous management consultant of the eighties and nineties, was famous for asking two successive questions. "What's is our main business?" - and - "How's business?" These simple questions can have powerful impact if seriously applied to almost any arena of our lives. They can help us focus on what we need to be doing. They can also help us to pay attention to the results of our… Continue

I am writing to let you know about the debut performance of JP Concert's new/creative music series tomorrow night. The evening will feature JP based musicians and New England Conservatory alumni pianist Brian Friedland's "Household Items project" with vocalist Aubrey Johnson and guitarist Nick Grondin and his trio.

Friedland's "Household Items" is a comedic collection of songs that uses commericial products for musical inspiration. It has…
Continue

Something Sweet is Roaming JP!

Have you encountered The Cupcakory yet? It's a food truck based out of the Crop Circle Kitchen at the Brewery. Owner Diane DiMarco bakes great cupcakes daily. I saw her parked at the farmers market at the Loring-Greenough House last Thursday, but she is just figuring out the best places to go.

Here's a link to a post about her delicious salted caramel on chocolate cupcakes on my blog,… Continue

The Joy of the Lord is My Strength

Does God have emotions? It seems clear that He does. Many different emotions are attributed to God in the Bible. When you picture/imagine God's face, what expression is on it? Is He angry, sad, somber or happy? Is He engaged, bored, or disinterested? What's His expression as He is looking at you?

Is there a meeting in JP tonight relating to the things to be done this winter to help curb costs of heating, etc...

If anyone knows, it would be appreciated if you could let me know where and when it is.

My neighbor across the hall, on the first floor, got broken into yesterday (Mon) evening between 5 and 9:45 pm.

We are a few doors down from City Feed on same side of street right before Beecher.

They Kicked In the Window Bars (!!) to the window off the back porch apparently

I will get more details if any from her. I just read a note she posted.

I am scared myself because I thought window bars were keeping me safe, guess not.

If you heard or…

From now on, you'll not only receive an email notification for new content posted to either a group you're a member of our discussion you've chosen to follow, but also the first 200 characters of what was written. Additionally, you'll receive the entire message of any direct message sent to you or comment left on your wall.

it is no one i know.
but i hope this can inspire everyone.
not just in what this guy has accomplished,
but in everything.
be inspired.

Living With Wildlife Raccoons in Massachusetts

The following comes fromThe Massachusetts Division of Fisheries and Wildlife in this document.…

Neighbors, around 1:30 today, Animal Control caught the raccoon that was behaving aggressively toward people and dogs this morning on the blocks between Danforth and Chestnut and Boylston and Paul Gore. Below are pictures of the raccoon. Click on the images to see full size versions.… 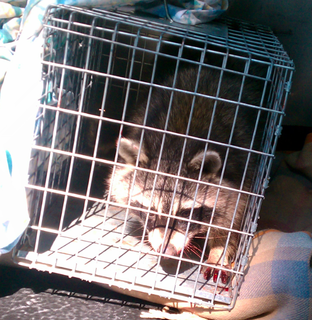 I just got a call from a neighbors warning there is a Rabid Raccoon Loose on Chestnut Between Boylston and Paul Gore in Jamaica Plain.

Police and Animal Control have responded.

The City of Boston's Household Hazardous Waste Drop Off Days

The City of Boston's Household Hazardous Waste Drop Off Days:

FOR BOSTON RESIDENTS ONLY

What is Your Reference Point?

Do you ever find yourself measuring yourself against some standard - internal or external? Sure you do; we all do it. We are almost always measuring ourselves. It seems to be part of human nature. The question is, "What is the reference point of your measurements?"

Most naturally, we measure all things according… Continue

Park-ing Day this Friday! Make a park in a parking space...

I can't believe that JP isn't on this map.
I won't be able to create a park this year, but thought I'd pass it along in case any of you do. I'm going to take a bike ride up to Cambridge and Somerville to visit the parks that will be up there.
http://parkingday.org/
It's a day for turning metered parking spaces into parks!

A 2 year old female was struck by a motor vehicle yesterday, Tuesday, 9/14/2010, around 3:29 pm. The accident occured in the vicinity of 634 Centre Street. The child's mother was getting her hair done and the child ran out of the salon into the street. The child suffered some scratches and bruises and was transported to the hospital and is expected to be okay.No charges were filed against the driver of the vehicle.

Have you recently felt you deserved dinner, but your waiter passed you by? The first record of such feelings is in Gimelli 7. Capellini was downcast because his garlic bread was not accepted by His Noodley Appendage, as Cappellini thought it should be. He warned him to face his condition of self-pasta. He said, "Of His might and dominion, there is no compare; of His mercy and deliciousness, there is no equal. No other god can challenge Him; in the taste test, He is invincible." (Gimelli… Continue

Tashina Clarridge & Jefferson Hamer in concert at the Loring-Greenough House, 9/17