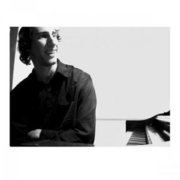 Composer/pianist Brian Friedland's music displays relentless creativity and deep musical thought through a large body of works for jazz and chamber ensembles. His recorded works include music for chamber orchestra, big band, strings, brass quintet, saxophone quartet, prepared piano, and various sized jazz groups, influenced by genres ranging from the classical avant-garde to Balkan folk music. He has released two albums and performed his original music at the Lima Jazz Festival, the Cole Porter competition, on tour in Korea, and many Los Angeles and Boston venues. Friedland's music has been praised by acclaimed composer/performers Dave Douglas, Jerry Bergonzi, Kim Richmond, and Frank Carlberg and jazz critic Scott Yanow.  In addition to being an active composer and bandleader, Friedland is also in demand as a freelance pianist. He has toured with the Glenn Miller Orchestra and Il Divo, and recorded on several creative music projects including an album by Grammy nominated composer Kim Richmond.  Friedland has studied with jazz composers Vince Mendoza, Kim Richmond, Ken Schaphorst, and Frank Carlberg and pianists Shelly Berg, Allan Pasqua, and Danilo Perez.   He has a master's degree in jazz composition from New England Conservatory and a bachelor's degree in jazz performance from the University of Southern California.