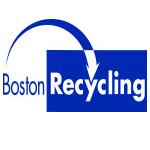 Join the Mayor and Chief Jim Hunt to kick off the big bin distribution to our neighborhood.

On July 1, 2009, Mayor Menino is instituting a new convenient way for Boston residents to recycle more. Residents no longer have to separate paper and cardboard from cans and bottles. Instead residents can mix all recyclable materials together in one larger container.

Mixing paper, bottles, cans and plastic containers together is known in the recycling industry as “single-stream” recycling. This method allows residents to use a single large recycling container rather than the traditional “dual-stream” using a14-gallon blue bin for bottles and cans, and a paper bag for paper.

Over the next 12 months, Public Works will be delivering large 64-gallon wheeled-carts to residents’ homes (who live in single-family houses up to and including 6-unit apartment buildings or condominiums) across the City. Owners of larger residential buildings (7 or more units) provide their own wheeled-carts, as required by law. These recycling carts are being paid for with savings achieved from this year’s reduced trash costs.

Residents in Jamaica Plain and Roxbury are being informed that the “Recycle More” program is coming to their neighborhood when they see a big banner in their square (like the beautiful banner we have today), and by way of a postcard, which is in the mail this week, followed by an instructional brochure being distributed next week, then the carts arrive in Jamaica Plain the week of July 6. Carts for Roxbury, Mission Hill, during the next 3 weeks of July