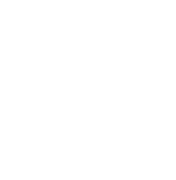 Trio di Canto is a Boston-based trio comprised of a flute, violin and guitar with a focus on current popular tunes, spiced with classical and jazz.  The musicians, Liz Horwitz on flute/double bass, Laurie Peckins on violin and Jeremy Quick on guitar have been performing locally, both as this group and as part of other groups for several years. They will appear on Sunday, November 3, 2013, at 3:00 p.m. at the historic Loring-Greenough House, 12 South Street, Jamaica Plain in the 14th season of the Sunday Afternoon at the ‘Greenough House Parlor Concert Series.

Meet the musicians at afternoon tea following the program.

Liz Horwitz: Liz Horwitz  grew up in Tokyo, Japan.  She started on the piano in first grade and added the flute in 4th grade.  When Liz switched to the American School in Japan, she played in the wind ensemble and the jazz band.  She graduated as a music major from Colby College.  Liz was one of the founding members of Willow Flute Ensemble, and played with the group for 14 years.  Currently, Liz is a member of Three Short Notes, a trio of two flutes and a cello, as well as the woodwind quintet Aerophonet.  Both groups perform in and around the Boston area. Liz also plays the double bass in both classical and jazz groups.

Jeremy Quick: Performs Nationally and Internationally with a wide variety of musical projects. While Jeremy enjoys playing guitar for a wide variety of bands, he also finds time to compose and tour with his original project: The JQTrio. Chairman, Guitar Department, Antonelli Music Center, Andover, MA

Laurie Peckins:   Laurie is a specialist in string instruments: violin, traditional fiddle, guitar, and mandolin. A  performer and conductor for chamber music and popular music, she has been teaching orchestra for the past 20+ years in public schools.

Upcoming concerts in this series:
November 17: Mignarda American lute song duo Ron Andrico & Donna Stewart An afternoon with Mignarda. Mignarda's concert program offers a snapshot of their first ten years as a duo with music excerpted from their award-winning recording of 17th century French music, Divine Amarillis (2005), a sampling from their ninth and latest CD, John Dowland: A Pilgrimes Solace (April 2013), and a preview of current projects including music for voice and lute composed in the 21st century.