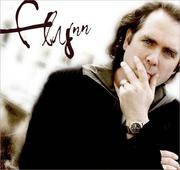 AT THE LORING-GREENOUGH HOUSE PRESENTS

With his guitar in one hand and suitcase in the other, Flynn set off to America to pursue his musical dreams in the fertile Boston music scene. Flynn quickly set out to making his dreams a reality when he co-founded the band "Cliffs of Dooneen". The band rapidly gained notoriety amongst thousands of Boston bands garnering several high profile Boston Music Awards including "Best Rock Band" and "Best Album" while selling out every venue in town. A major label record deal soon followed with a smash debut album, "The Dog went East and God Went West" (BMG/Critique). The first single, "Through an Open Window" became an immediate radio hit landing in the Top 10 of Billboard's Modern Rock charts. The band's exciting ride included constant MTV exposure, floods of national press, and cross-country tours playing all the famous rock stages across the country including sharing the stage with the likes of Nirvana and Smashing Pumpkins.

Flynn is a musician coming into his own. He is in high demand with a steady stream of TV and film projects both as a composer and songwriter. Along with his solo and band performances, Flynn's compelling live show has been affirmed by sharing the stage with acts ranging from The Allman Brothers and Simple Minds to The Saw Doctors and Ellis Paul. Whether it is in the recording studio, concert halls, or intimate coffeehouse settings, Flynn combines his uncanny ability to reach people through song; drawing from the wisdom and insight that comes from surviving a life-changing event.

The Answer’s Not Enough