There are two opportunities to learn or work on your bicycle at Bikes Not Bombs this Thursday, January 28th, 2010.

***At the Bikes Not Bombs Hub, it's Tool Time from 7:00-9:30 PM. This is a chance for volunteers and members to use BNB's tools and workstands to work on their bike. Registration and an active membership or volunteer credit is required. See… Continue

Kyle Alspach started blogging about local food at http://localisbetter.org/.
Most recent interview "A decade of selling local food in Boston," covers an interview with David Warner, one of the owners of City Feed and Supply.
Also, two more great features on NOFA (Northeast Organic Farming Assoc.) and Mass Local Food Coop.
Thanks, Kyle! We are hooked on your blog.

Hey JP peeps, turns out the MBTA has been publishing live data (for software developers) on some bus location data for certain routes. One of the routes is the one we all love and hate- the 39.

Check out the T Tracker, which is stunning. There's a live map, a page which will show you the arrival time to the next bus (complete with a link to put all the necessary info in the URL so you can bookmark it!), and even a text-only… Continue

MANY MANY MEETINGS IN JAMAICA PLAIN this week and next

MANY MANY MEETINGS IN JAMAICA PLAIN in the next two weeks regarding Jackson Square, Centre and South Street, the 39 Bus, and Forest Hills Redevelopment! Please spread the word to your neighbors!

JANUARY 26TH JP NEIGHBORHOOD COUNCIL
The Jackson Square Partners will be at the next Jamaica Plain Neighborhood Council meeting on January 26th at 7 PM at Curtis Hall to discuss the infrastructure work planned for Centre Street and Columbus Avenue. If you have more… Continue

Reportback from Copenhagen: Next Steps for the Climate Movement.

Help Haiti By Helping Your Neighbors

For those of you who live in or near Haitian communities, helping Haiti by helping your neighbors is an obvious way thing to do. But even for the rest of us, there is a way to help out. On NPR, they were saying how relief groups in Haiti were being overrun by volunteers, and that this could do more harm than good in terms of redundant/overlapping services and in terms of diverting resources (food, water, etc.) needed fro Haitians to support the excess volunteers.

What should folks… Continue

I Have Gloves...Should We Start a Lost and Found Board?

What about starting a lost and found board? They have one on Craigslist, but I feel that's too massive. I have some gloves that I have found around town. (I was tired of being told by T employees that they don't take them and tired of seeing the same glove sit on/in a fence/sidewalk/street for over a week.)

I should mention that I have no matching pairs. People tend to lose only one glove, and tend to lose the left one the most. (As a lefty, I must wonder, what's up with that?)


At the meeting, preferred alternatives for the design of crossings to

Jamaica Pond at the following three locations will be presented:

Join us for a Frisbee toss-around / Ultimate game tomorrow morning

Hi neighbors! I started a group on here for neighbors who are interested in Ultimate. You've probably seen some of the pickup groups and leagues (like BUDA) that play in JP and other parts of the city. Maybe you played in college, but haven't since? Or maybe you play during the warmer months, and are missing some Ultimate action? Oooor, maybe you just need an excuse to get out and run around for a… Continue

Commissioner Davis's speaking points on the arrest of Edward Corliss

Thanks to the remarkable and relentless collaborative effort put forth by the Boston Police Department and the Suffolk County District Attorney’s office, today we are able to bring justice for the tragic and untimely death of Surendra Dangol – a law abiding, hard working man who came to this country seeking a better life for himself and his family.

Almost 40 years ago, Edward Corliss held up a store clerk at gunpoint in Salisbury, tried to steal the $15 in his cash register, and then shot him to death before fleeing in a car.

Last month, a day after Christmas, Boston police and prosecutors say, he committed the same… Continue

I received some information from Headquarters that I thought you might find interesting. The city receives more than forty thousand 911 calls a month. In the months of March, May, July, August, September, October and November of 2009, the city received fifty thousand 911 calls a month. In October and November the call volume was almost sixty thousand a month. A comparison for the years 2008 and 2009 reveals that there were more 911 calls in 2009 than there was in 2008. I find this interesting… Continue

Good Paying Jobs with the 2010 Census!

As a JP resident and a part-time recruiter with the 2010 Census, I wanted to spread the word about a huge wave of temporary, part-time jobs that the Census Bureau is currently recruiting for. The work schedule is very flexible, pays quite well (many jobs pay at or close to $20/hr) and you get paid weekly.

Jamaica Plain has the blues and they are so so good!

Check out this video I captured at the the blues night at the Midway!

There are 11 critical roles that need to be filled on this network. They are the roles of the Neighborhood Zone Group Monitors!

1. Monitors the CrimeReports tool embeded in each of the 11 Zone Groups and posts new discussions as crimes are reported. Each time a discussion is posted, members of the group… Continue

Create a Virtual Gift image for us please and thank you!

There is a feature here on the network called Virtual Gifts. You may have noticed it on your my page.

Virtual Gifts are meant to acknowledge and show appreciation for someone. They are also a way for NFN to generate some revenue to support our operation.

We're thinking it would be cool to have gifts like a Jar of Sugar, a Shovel, a Hammer - you know neighborly gifts.

Hello all, my name is Asha White and I have recently opened my own law practice at 891 Centre St. Suite 200 in Jamaica Plain. My focus is on helping the citizens of the Commonwealth with any criminal justice, family, or immigration law issues. These three areas disproportionately affect those who do not have huge amounts of money and that is where I hope to assist. I am thrilled to be part of the JP community and I hope to get more involved with the community at large in any way that I can. I… Continue

We are interested in having a group that gets together weekly or bi-weekly to discuss a chosen article or two. Articles can be about any topic but we are hoping that they inspire the group to follow up somehow on the article. For example, if the article were about the changing role of women in the workplace, you might go and chat with women in YOUR workplace about the topic -- do any bit of research that the article inspires!

If you're interested, please let us know. We'll be meeting… Continue 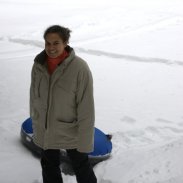 Please help me welcome and say thank you to Rebecca F, who is going to be one of our new Community Managers.

Rebecca has stepped up to assist with welcoming and guiding new members, featuring content, and ensuring all content meets our… Continue